He didn’t need to be the best player in the world, he doesn’t even claim to be, but Brandt Snedeker, 31,  just needed the best game of his career. On Sunday, Snedeker overcame an early double bogey in the water with four big birdies at East Lake to win the PGA Tour Championship and become the 2012 FedEx Cup champion. Snedeker was the only player in the final five groups to break par. He finished with a three-shot win over Justin Rose and won not only two trophies in one day, but also the large prize money. The Tour Championship had a $1.44 million prize, and the FedEx Cup had $10 million. That’s more money than Snedeker had made in his career going into the 2012 season.

AP reports, “Snedeker was tied with Rose going into the last round, though he could not ignore the presence of Rory McIlroy, who was three shots behind, and Tiger Woods, who was four back. McIlroy (1), Woods (2) and Snedeker (5) were among the top five seeds in the FedEx Cup going into the final event, meaning any of them only had to win the Tour Championship to capture the FedEx Cup.”

The win raised Snedeker’s rank in the Money Leader statics, but it didn’t changed McIlroy’s or Wood’s standing in the Official World Golf Ranking. Even though McIlroy tied for 10th with a 74, it is almost assured that he will be voted Player of the Year. Tiger Woods finished with a 72 and tied for 8th.

Snedeker is known to be an emotional player; he cried after stumbling on the back nine at Augusta National with a chance to win the Masters in 2008. However, He said that on Sunday he wasn’t treating golf as life or death. On Sept. 7, Tucker Anderson, the 19-year-old son of his long-time instructor Todd Anderson, was critically injured in a car accident and is in a responsive coma. On Sunday morning, Snedeker went to the Shepard Center, a renowned rehabilitation center in Atlanta, to visit Tucker before the game.

“Tucker . . . I was thinking really hard about him,” Snedeker said after his final-round 68. “It made me calm that this is not the most important thing in my world. I asked him if he thought I’d beat Rory McIlroy today. He gave me a little wink.” He said that it’s important to think about winning the game not winning the money. Now that I’ve been out here for a while, I realize you don’t play for money,” Snedeker said Saturday. “You play to win championships and the money comes with that.” 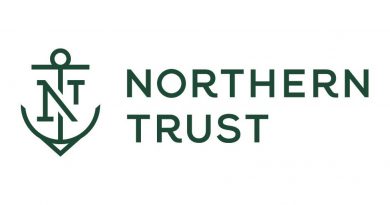 Adam Scott Is A Winner Again, This Time At Honda Classic!