Not reading the local rules sheet this weekend at the Mission Hills Star Trophy in China cost a few golfers some pretty hefty penalties. But before I get into that, I want to congratulate Lorena Ochoa for winning the Tournament by shooting a 71 in both rounds. Even after retirement, she showed that she’s still got it, and can lay claim to any course she steps out on. She took home $1.28 Million!

First notable penalty was given to Colin Montgomerie, who was penalized 2 strokes after his caddie moved a sign on the 16th hole. He finished the tournament 2 strokes behind Ochoa. We could have had an Ochoa v Monty playoff showdown. But we didn’t.

The bigger penalty fell on Ryuji Imada, as he accrued 26 strokes in penalties. How in the world does that happen? Well, as I said before, he didn’t read the local rules. Because of the soft conditions of the course, the golfers were allowed to pick up and clean their balls, (maybe they used axe?). When this happens in the PGA you have a club length leeway where you can replace your ball. Local rules here stated that you only have the length of a scorecard. Thank you, Danny Lee for poindexteriously pointing that out on the 12th hole at the end of the round.

Imada turned himself in shortly there after, but couldn’t remember how many times he had given himself the better drop, so he guessed at around 13. 13 times with a 2 stroke penalty for each one, 26 stroke total? That’s rugged.

Personally this caveman probably would have called himself out on just the one hole, not all 13 times. But I am also not one for using a ball cleaning as my excuse to get a 3 foot position difference.

What do you think Rock Heads? Would you have called yourself out on all 13, or would you have made it a bigger or lower number? At 13, he might as well have just said, every single hole, and taken a 72 stroke penalty, to make better headlines.

How often do you read the locals rule book before stepping out onto the course? Or even going to a new place, that could have some terrible law, like no eating ice cream while waiting for a bus? 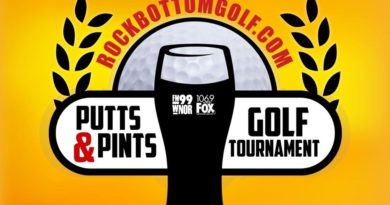 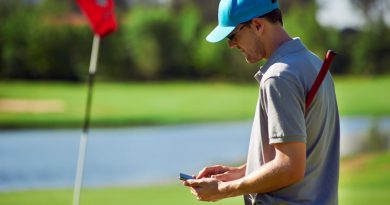