Ever wondered why golf balls have dimples, or thought about who added them in the first place, and why? (Maybe this Caveman just needs to get out of The Cave more often, but that’s the kind of stuff I think about!)

The first golf balls were all made out of wood, and innovations were few until the 17th century when featherie golf balls were invented. Just imagine taking a leather hackey sack, stuffing it with feathers, then boiling it. As it dried, the feathers would expand, the leather would shrink, creating a very compact ball. Obviously it wasn’t easy to produce these quickly, making them extremely expensive. Plus they were known to split if they got wet or hit a hard surface. But they flew better than wood, so that’s what golfers used….

…Until 1848, when Dr. Robert Adams Patterson figured out a way to mold the dried sap of a sapodilla tree into some kind of a sphere. Over time the small imperfections from the molding would be joined by the usual nicks, scrapes and cuts from a few flights down the fairway, but seemed to actually increase the distance a ball would fly!

Why is that, exactly? A quick physics lesson: As a ball travels through the air, there’s an area of smooth-flowing air that wraps around the ball. This boundary layer is stable at the front and sides of the ball, but as air gets toward the back of the ball, an area of turbulence develops where the low-pressure pocket behind the ball pulls away from the surface of the ball.

So? Well, adding dimples increases the “hold” and shrinks the turbulent zone. And with less turbulence, there’s less drag, so the ball can fly further. So golfers started putting patterned dimples into their ball, their balls flew further, and there we are!

PS: By the way, it’s not just golf balls that have benefited from dimples. From swim suits with microbeads to jet fuselages, dimples are being used to reduce drag all over the place! My favorite example? The Mythbusters were able to bump up the gas mileage on this car by making it look like a Titleist. 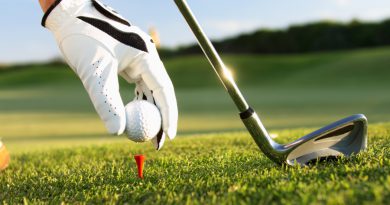 How To Select The Best Golf Balls In 2023