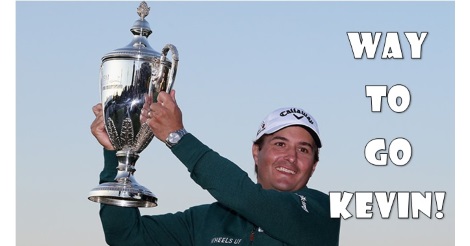 1. Kevin Kisner finally comes in first place. After a year filled with runner-up finishes, Kisner won The RSM Classic by six strokes over fellow American Kevin Chappell. In a fairly new 2015-16 season, Kisner becomes the sixth first-time winner this year. He finished at 22-under par. Graeme McDowell, who was coming off a win last week at the OHL Classic at Mayakoba, came in third place at 15-under.

2. Rory McIlroy takes Race to Dubai title. After a decent year, McIlroy capped off 2015 ranked at number three in the world and becoming the first back-to-back winner of the Race to Dubai title. He also won the title in 2012. McIlroy admitted that this wasn’t an “A plus” year for him, settling for just an “A.”

3. Tiger Woods named assistant captain for the 2016 Ryder Cup team. Woods, alongside fellow assistant captains Jim Furyk and Steve Stricker, will lead the US Ryder Cup team next year with Davis Love III as captain. This doesn’t mean that Woods cannot play on the team. He still has a chance to play, and Love said if that happens they will “cross that bridge when we come to it.”

4. Lydia Ko wins 2015 Rolex Player of the Year Award. Ko, 18, is the youngest player in golf history to win the award in its 49 years of existence. Ko had five tour victories this year, making her the youngest player in golf history, male or female, to reach 10 wins. She adds an impressive 12 top-ten finishes to her resume as well. Ko beat out Inbee Park for the award by a mere two points. The award was given after Ko tied for seventh at CME Group Tour Championship on Sunday.

My 2nd year playing on the LPGA has been so much fun 😀 So many unforgettable memories, that I’ll treasure for the rest of my life! Ive learnt so many new things throughout the season and Im excited to experience and learn more next year! Thank you @lpga_tour for the opportunity to play on the tour Ive always dreamt of playing, amongst the worlds best golfers! Im so proud to be part of the LPGA ❤️ 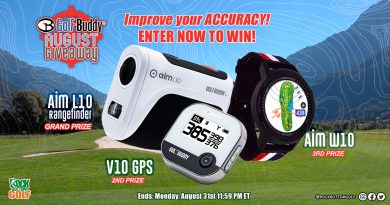