Derek Jeter can act, and his skills got him a base after he pretended to get hit by a ball which actually hit his bat. This happened last night during the Rays Yankees game. Curtis Granderson’s followed up with home run which gave the Yankees a 3-2 lead. Luckily, the Rays were able to come back for a 4-3 victory after their manager, Joe Maddon, had been thrown from the game for arguing Jeter’s call. The uproar over the call would have been deafening if the Yankees had won.

Let’s just add this to the long list of bad calls that athletes refuse to own up to. Acting, faking, diving has become a grotesquely huge part of sports. Football, basketball and soccer are the three worst contenders as players try to manipulate fouls out of the officials by feigning injury.

Professional golfers, however, seem to still be taking the high road. Golfers are taught at a young age to be honorable and to own up for their mistakes. A few of the shining moments this year included Brian Davis’s self imposed penalty which cost him what could have been his first PGA win; and Graeme McDowell calling himself on grazing the water hazard on his backswing.

We all have friends that enjoy knocking strokes off of their score card, or sneaking that adjustment to their lie in for a better angle, but when was the last time a football player called himself out on being out of bounds?

This has been a head SCRATCHer for this caveman. Is the difference because the other sports are team sports? Perhaps it is because the players don’t want to disappoint their teammates, or are afraid of catching a little heat for admitting they made a mistake which could cost the team a win. If that is the case, Will we see a different side of the golfers when they play during the Ryder Cup?

What do you think Rock Heads? Can you remember when a different sports star was willing to call himself out? Or do you have stories about golfers who are willing to fight nail and tooth over a call that they know is wrong?

Bonus: How many sports stars can you remember that were able to pull an actual acting career? Here is a list of Ugo’s Top 11. (Michael Jordan and Shaq didn’t make the cut) 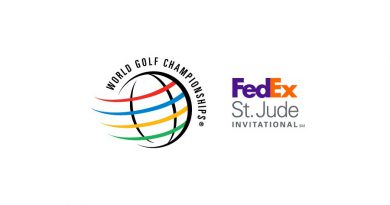 Want To Protect YOUR Golf Gear This Winter? You MUST Read This!

2 thoughts on “If Jeter Can Fake It Then Why Do Golfers Call Themselves Out?”