This weekend’s Verizon Heritage came down to the wire when Brian Davis sank an 18 foot putt on his final regulation hole to catch up with Jim Furyk, sending the 2 into a sudden death playoff.

As Davis took his approach shot on Harbour Town’s 18th hole, he moved a reed with his backswing. He noticed his error out of the corner of his eye, and quickly called himself on it. Upon review of the slow-motion playback the officials agreed giving him a 2 stroke penalty costing him the chance at his first tour victory.

How did Furyk feel about this win? Well, just as awkward as he felt during his victory at the 1997 Argentine Open against Eduardo “El Gato” Romero, when Romero signed an incorrect scorecard. Furyk was dumbstruck and asked Davis if he was sure, to which Davis replied, “I know I did, I couldn’t have lived with myself if I had not.”

This Caveman agrees with what one my Facebook Rockhead’s exclaimed:

“Golfers like Davis show the world what sportsmanship and class is all about.” – Chris Colburn

Does Golf Have A Gambling Problem? 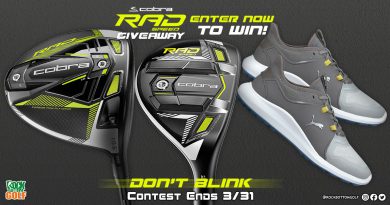 5 thoughts on “How Do You Feel About Furyk’s Victory?”