Last week marked the 12th week of Caveman Golf Trivia and started off the new month of April! Thank you all for playing! For those Rock Heads who are scorin’ at home, here are all the questions and their answers:

What was the Original name for the Masters Tournament?
Answer: Augusta National Invitational

The Masters was the first major to switch from an 18-hole playoff to sudden death, true or false?
Answer: True

Which American president was a member of the Augusta National Golf Club?
Answer: Dwight D Eisenhower

Who was the first player to win The Masters on his initial appearance at Augusta?
Answer: Fuzzy Zoeller

How long do the winners get to keep the Green Jacket?
Answer: They are allowed to take it home for 1 year.

Which golfer blew a 6-shot lead with nine holes to play in 1982, only to win The Masters in a playoff over Dan Pohl?
Answer: Craig Stadler

Which golfer won The Masters just days after serving as a pallbearer at the funeral of golf teacher Harvey Penick, his mentor?
Answer: Ben Crenshaw

Who is the oldest first-time winner of The Masters?
Answer: Mark O’Meara

What is the Champion’s dinner? and when is it held?
Answer: A Dinner Hosted by The previous years Masters winner, held on the Tuesday before The Masters begins.

Who was the first person to wear the green Jacket?
Answer: Same Snead

How much money did Horton Smith win in the Master’s inaugural year?
Answer: Just $1,000

What was the total purse for the Masters first year?
Answer: $5,000

How much money did Nicklaus earn for his final Masters win?
Answer: $144,000

Which player recieves a crystal vase at The Masters?
Answer: Golfer with the lowest daily score

Who are the only 2 golfers who were given exceptions to keep the Green Jacket for more than a year?
Answer: Gary Player and Seve Ballesteros!

For what to golfers recieve a crystal bowl?
Answer: A double eagle or an ace during Masters play!

What do golfers have to do to recieve a pair of crystal goblets?
Answer: An Eagle shot during Masters play.

What does the runner up at the Masters receive?
Answer: a Silver Medal

How do they calculate when to play the Masters each year?
Answer: 2nd weekend in April, or first full week!

Who was the first left handed golfer to win The Masters?
Answer: Mike Weir

Who was the first Canadian to Win the Masters?
Answer: Also Mike Weir!

Who was the second left handed Golfer to win the Masters?
Answer: Phil Mickelson

Congrats to Chuckles1974(twitter) and Adarsh Vakharia(Facebook) for winning the trivia contests this week. Remember you get 5 points for having the first correct answer, but can also gain points just by having the correct answer! Weekly winners receive $10 gift certificates to RockBottomGolf.com. Also congrats to Jason Marsham for getting the high score
on my Golfin’ Game. 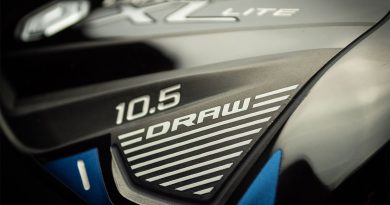