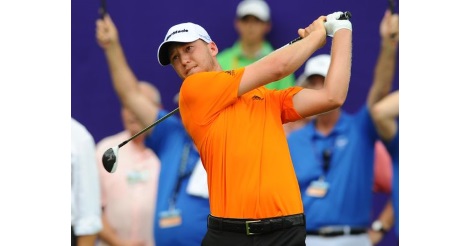 It’s U.S. Open week, and there’s a lot of talk about the rough:

Can u find the ball? #ipromisethereisone #oakmont

Back to the traditional US Open set up here at Oakmont.

But we are reminded why Oakmont is so iconic:

And Rickie Fowler reminds us just how fast the greens are:

Rickie Fowler’s latest snapchat story shows just how fast the greens at Oakmont are. 😳 (Rickie is RickieFowler15 on 👻!)

Meanwhile, Lee Westwood is just hoping to make it to the United States. The pro golfer live tweeted his flight delay on his way to Oakmont:

@British_Airways have excelled their customer service yet again! Well done . I’ll just sit on the floor and wait!😂 pic.twitter.com/SVyagS06Ny

They seem very happy to let me sit here and miss the flight! #useless https://t.co/EHGeTrZiBu

Before we get ahead of ourselves, let’s talk this past weekend on the Tour:

And on the Champions Tour:

And after a playoff at the LPGA:

Have you been practicing your trick shots? This guy certainly has:

Did you hear the good news? Bubba Watson is opening a candy store:

Check out some updates in the store! Can’t wait to open next month! pic.twitter.com/vMZXAmXEhc

And Jason Day threw out the first pitch at a Pirates game:

Jason Day kicked off his #USOpen week by throwing out the first pitch at the @Pirates game. #LexusGolfhttps://t.co/lrXzF39K3T