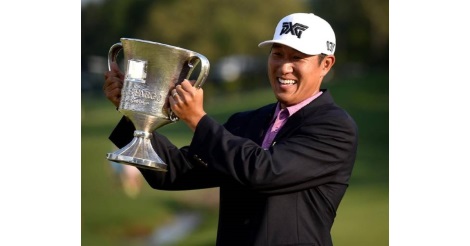 1. James Hahn wins Wells Fargo Championship in playoff. Hahn had failed to make the cut in the last eight tournaments he entered, and had not shot a round in the 60s since February. However, he made par on the first playoff hole on Sunday, effectively defeating Roberto Castro – who shot a bogey – to win his second career tournament. Hahn finished the weekend at 9-under. Phil Mickelson and Rory McIlory finished tied for fourth place after finishing the weekend at 7-under.

2. John Daly makes his debut on the 50-plus PGA Tour Champions event. After a promising start at the Insperity Invitational, the two-time major winner finished tied for 17th place. The 50-year old Daly admitted he played better than he thought he would, but looks forward to continuing to improve. He started Sunday with three straight birdies, but triple-bogeyed the par-4 17th to fall back in the pack. Daly is hoping to play a full schedule of events on PGA Tour Champions this year.

3. Jeunghun Wang and Nacho Elvira go three extra holes at Trophee Hassan II. Wang hit an 18-foot putt on the 72nd hole of the weekend to force a playoff with Elvira. The twenty-year-old Wang then hit a 50-foot birdie and followed that with a 20-foot putt to earn his first European Tour title.

4. Ariya Jutanugarn thanks her mom in Mother’s Day victory. With her win at the Yokohama Tire LPGA Classic on Sunday, Jutanugarn became the LPGA’s first Thai winner. She shot four birdies and three bogeys on Sunday. On Saturday, she shot a tournament record 63. Jutanugarn finished the weekend at 14-under, defeating Amy Yang, Morgan Pressel, and Stacy Lewis by one shot.

5. Zac Blair was disqualified from the Wells Fargo Championship after hitting himself in the head with his putter. After Blair missed a shot he took his frustration out on the club. That wasn’t why he was disqualified, though. Apparently the putter was bent after the hit to the head and after taking another putt with a bent club he officially broke PGA Tour rules. Rule 4b says playing with a broken putter is officially against the rules. Blair took it with a sense of humor and took to social media to express he will only get better and more aware from here.

6. Adam Scott is taking the heat after he officially withdraws from the summer Olympics. Fellow Australian athletes critiqued Scott for not representing his country since he is one of the most notorious Australian athletes. Fellow golfers criticized him for not showing the importance of golf and helping to revive the game. Scott has said it was a tough decision that left him choosing between family time or the Olympics, but he ultimately did not want to take an extra two weeks away from his family. 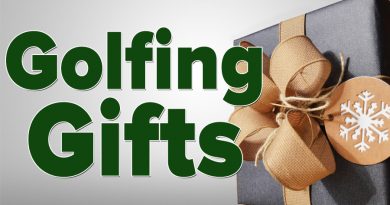