1. Dustin Johnson returns strong, forcing a playoff at The Northern Trust Open. However, DJ fell to James Hahn, finishing with a 69. Last summer, Johnson announced he was going to rehab to deal with “personal issues” and took the remainder of the year off from golf. In January, Johnson and longtime girlfriend Paulina Gretzky (yes, that Gretzky) welcomed a baby girl. DJ has started in three PGA Tour events this year. Paul Casey joined Hahn and Johnson in the playoff after they all finished the round at six under. Casey made bogey on the 18th and Johnson missed his birdie putt that would have given him the win. Hahn’s victory gives him an invitation to the World Golf Championship and The Masters.

We are so blessed to have a happy and healthy baby boy. @paulinagretzky

2. World No. 1, Lydia Ko, wins Australian Open on LPGA Tour. The teenager made her second start this past weekend as the top-ranked female, and earned a victory after shooting a final round 72. This isn’t the first time Ko has been in the headlines. At age 14, Ko became the youngest golfer to win a professional event when she won at The New South Wales Open. As a native New Zealand-er, Ko admits she always golfs her best when she plays Down Under.

3. Jack Nicklaus thinks Tiger’s struggles are “between the ears.” In an interview with The Morning Drive on The Golf Channel, Nicklaus says despite the struggles, Tiger will turn it around. Tiger announced earlier this month that he was taking a break from golf to practice, admitting he wasn’t at his best and that he didn’t want to play until he could compete at the highest level. Nicklaus has won 18 career majors and has openly admitted and in the same interview, he admitted that he believes Tiger will surpass his record, it’s only a matter of time.

4. Michael Jordan wants to build a golf course. Because, of course, he can, but also because the country club that he belongs to is not meeting his standards. As reported by Golf.com, Jordan is dissatisfied by the pace of play at The Bear’s Club where he is a member and “can’t stand it when people won’t let him through.” So, like any rich man does, Jordan is looking into building his own extremely exclusive course in Florida and to become a member, you would need to be hand-picked by Jordan himself. 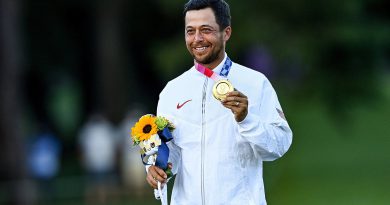