Have you ever been out on the golf course and pondered to yourself, “Hmm, I wonder where this sand comes from.” Have you ever hit your ball into the water hazard and thought, “I bet there’s an endless amount of golf balls just sitting at the bottom of that pond?”

Don’t worry! Today’s your lucky day. I have done my research and found some of the most random facts about golf courses, golf balls, golf clubs, and anything else you can think of so next time you’re sitting at the 19th hole, sipping on a few beers with your buddies and one of them jokes, “I wonder where the word ‘caddie’ came from,” you will be armed with the right answer.

And what is that answer? Well, the word “caddie” is derived from the French word “cadet” meaning student. It then became a word used in Scotland meaning “errand boy” and was first used for a boy carrying golf clubs in the mid-1850s.

The Scottish also claim that they invented the game of golf over 500 years ago, however the Chinese claim to have developed a similar game as far back as 943 A.D. Some historians trace the game back to ancient Rome and a game called paganica, a game played with bent sticks meant to hit a leather ball. Originally, golf balls were leather balls stuffed with feathers.

To answer the question about how many golf balls are truly sitting at the bottom at the water hazard will of course vary from pond to pond, but on average around 125,000 balls are hit into the infamous 17th hole at the Stadium Course at Sawgrass per year. According to this article, used golf balls can sell for as much as $1.00 retail, so, really, the bottom of that pond is filled with golf ball gold.

Did you know that all golf balls are different? Each golf ball has between 330 and 500 dimples, depending on the company that makes them. Ideally, a golf ball should have between 380 and 430 dimples for the best overall game.

No matter the number of dimples, a ball will travel farther on a hot day. A golf ball hit at 100mph will travel up to eight yards longer for each increase in temperature of 25 degrees Fahrenheit.

Where does that 100 mph come from? What about your swing speed? Ever wonder how fast you are hitting the ball? The average swing speed of a lady golfer is about 62 mph, that increases to 96 mph for an average LPGA professional. For male golfers, the number is around 84 mph and 108 mph for an average PGA Tour player. Tiger Woods has been clocked at 130 mph.

So what’s the longest drive despite the air temperature? Michael Hoke Austin of Los Angeles recorded a drive of 515 yards — this holds the record for longest drive on an “ordinary course”, whatever that means. Meanwhile, the longest putt ever recorded is an outrageous 375 feet.

Ever hit a hole in one and yell out, “What are the chances?” Well, it’s about 1 in 13,000. And the chances of making two holes-in-one in one round? Well, that’s about 67 million. So either way, if you make a hole in one, drive straight to the convenience store and buy a lottery ticket because the odds are in your favor.

Now, the term ‘hole-in-one’ makes complete sense and I’m sure came about in quite the logical way. However, what about the term ‘birdie’? Apparently, an American named Ab Smith coined the term when playing a round in 1899. He played what he determined to be a “bird of a shot”, which in time has shortened to “birdie”. The term ‘eagle’ came about just shortly after ‘birdie’, which, for American’s, Ab Smith said, would make them think of their country.

Meanwhile, ‘par’ was derived from its use on Wall Street– par figure meant the average, or where the stock usually fell.

I hope this has answered some of your burning questions about the little things involved in golf. Next time you play trivia at the bar with friends, choose the golf category — you’ll be sure to ace it. One last nugget of information — as of 2008, there were 17,652 golf courses in the United States.

Oh, you’re still wondering where the sand comes from? The best sand found in the United States is shipped from all over the country. Rumor has it, it’s tough to find the good stuff on the West Coast. It used to be that any old sand will do, but nowadays, there are several factors that go into choosing the best kind: particle size, color, and even crusting potential. So why even have these sandtraps? Well, there’s this story that sheep in Scotland used to burrow down in the sandy bunkers on the course to avoid the wind. After a while, the bunkers would hollow out, and being so close to the beach, would fill with sand.

But who knows if that’s the truth. 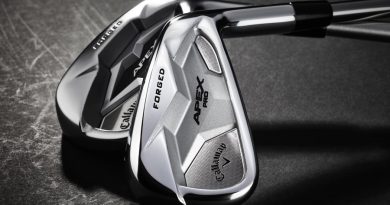