Move over Kerry Washington. Today we are talking golf scandals, and it’s about to get juicy.

From Tiger Woods to the recent firing of former PGA President Ted Bishop, the game of golf is not without it’s drama. Every organization has their fair share of wrong-doings, but when you mix in millions of dollars, big named star athletes, and a long-standing reputation in the world of athletics, golf scandals sure get an allotment of front page headlines.

Let’s start with the most recent. Just weeks ago, Ted Bishop tweeted that golfer Ian Poulter was squealing “like a little school girl during recess.” The tweet was in response to comments made in Poulter’s book that he was irritated with Nick Faldo and Tom Watson being named captains of previous Ryder Cup Teams. Bishop’s comment went viral and he was criticized of being “anti-feminist” and “demeaning of young women.” Whatever the intention, Bishop was later forced from office after the PGA of America board voted to remove him. Bishop will no longer be invited to future PGA Championships or Ryder Cups. With only one month left in his presidency, Bishop became the first PGA President to be fired. I guess that will teach you to think before you tweet!

It seems like social media can be the catalyst to many-a-scandal out there, and when it came to the Tiger Woods cheating scandal, the internet certainly played a key role.

In November of 2009, a story broke in a tabloid that Woods and nightclub promoter, Rachel Uchitel, were having an affair. Later that month, photos of Woods’ SUV surfaced after having hit a tree down the road from his home. Rumors flared that his wife, Elin Nordegren, had, ironically enough, attacked him with a golf club. Soon, other women came out with stories of Woods’ infidelity, ultimately leading up to one of the biggest public relations disasters in sports history.

Woods openly admitted to his infidelity and apologized to his wife. He asked for privacy while he dealt with it all. He ultimately lost a ton of sponsorship, and consequently, millions of dollars. Eventually he checked himself into a rehabilitation clinic for sex addiction. Nordegren divorced Woods and he hasn’t won a major since.

Sadly, this summer PGA veteran Dustin Johnson was also involved in a cheating scandal, the biggest since that of Tiger himself.. Rumors spread that he had “sexual indiscretions” with wives of other golfers on tour. It also came out that he had failed several drug tests, for both marijuana and cocaine. Johnson has since taken a leave of absence from the game.

Then there was Tiger’s dropped ball scandal during the 2014 Master’s, which was supposed to be Tiger’s return to glory. In short, Woods ball placement after taking a penalty stroke was a few yards off, and, probably in part due to his rocky past, some fellow golfers called for him to remove himself from the tournament. His mistake was written off as just that, a mistake, and Tiger fans everywhere rejoiced that Tiger was once again being judged on his golf, not his extra-marital affairs.

Controversy on the course may be a rarity, maybe because of all of those cameras watching a golfer’s every move. Perhaps, also, it has something to do with golf having a reputation of integrity and honesty. This is a gentleman and lady game, we tell the truth!

However, in 2009, during the FBR Open in Arizona, Kenny Perry hit his ball into the rough, and, from the original camera angle, into a really tough spot. Then, suddenly, after several times nestling his club behind the ball, it suddenly appears into view, as if something — or someone — nudged it forward. At the time, no one said anything. But later, after video evidence appeared, Perry actions were questioned. The act may have violated the rule stating that a player cannot improve the lie of his ball. In the end, Perry was dismissed and the PGA’s verdict was that he did not violate any rules.

Now, golf scandals aren’t a new thing. In the mid-1970’s LPGA golfer Jane Blalock was a lightning rod for women’s golf. She was accused of signing an incorrect score card and refusing to take a two-stroke penalty for her infraction. Later, she was suspended from the tour for a year because of her actions, and the LPGA claimed she had moved her ball on multiple occasions. Many of her colleagues spoke out against her, pushing for greater punishment. In the end, Blalock filed a lawsuit against the LPGA that pushed for her suspension to end. The court granted her request. She went on to tally 27 tour wins during her career, but remains a controversial figure in the history of the game.

Enter To Win My Golf Giveaway!

How Should We Refuel The Golf Flame? 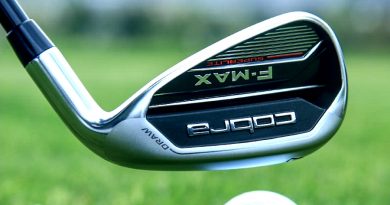 2 thoughts on “The Juiciest, Wackiest, Most Absurd Golf Scandals of All Time”

Hey Rock Heads Are YOU looking to get your game up to speed in 2020? Look no further, Rock Bottom