Russell Henley might be new to the PGA Tour, but he didn’t play like it this weekend. On Sunday, he became the first player in 10 years to win in his debut as a PGA Tour rookie. He also achieved the second-best score for a 72-hole tournament in PGA Tour history, and a record score at the Sony Open by four shots.

Henley, 23, finished with five straight birdies for a 29 on the back nine and a 7-under 63. As shocking as the victory is, we shouldn’t be surprised. Henley has a knack for winning. This will make his fourth victory in 34 combined starts on the PGA Tour and the Web.com Tour. He also won on the Web.com Tour in 2011 as an amateur and twice on the circuit last year to earn his PGA Tour card. Another awesome stat (tweeted by Dave Shedloski): Russll Henley had 33 one-putt greens this week.

Tim Clark finished second. “He just never seemed to put a foot wrong, and when he did, he made those par putts,” Clark said. “That’s when you know a guy is comfortable, when he’s making those 8- to 10-footer for par. But I still got on the 15th hole and said, ‘Well, let’s finish with four birdies and see what happens.’ And sure enough, he birdied the last four, too. When a guy plays that well and beats you, you just have to be happy for them.”

Check out the video below of Henley birdieing No.14 in Round 4 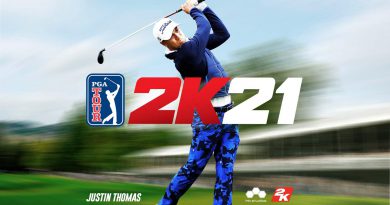 How Golf Balls Play in the Cold