This past weekend was definitely one to watch when it comes to golfin’ accomplishments. Bill Haas managed to sink a staggering 45-foot birdie putt across the green to win the Northern Trust Open. Haas is no stranger to the miracle shot; just five months ago, the charmed player scraped par with his ball submerged in a lake to win the FedEx Cup.

This past weekend found Haas in thick rough behind the 10th green, the second hole of a three-man playoff shared with Phil Mickelson and Keegan Bradley. Haas intended to play it smartly away from the flag. He aimed to make par and simply move on to the next hole.

Instead, he sunk a 45-foot birdie.

Haas showed great restraint and humility when he spoke of the amazing putt – “I never expected to make a 40-footer, especially in that situation,” Haas said. “A little luck was involved. I guess it was meant to be.”

Apparently it wasn’t meant to be for Phil Mickelson. After rallying from six shots behind with a 64 to win last week’s game at Pebble Beach, Mickelson was in line to become the first player since Tiger Woods to win back-to-back on the PGA Tour. This feat, last accomplished in 2009, was sadly not to be for dear Mickelson. Even Haas had to concede that the crowds were swelling in support for Mickelson.

“I don’t say this in a negative way, but everybody is cheering for Phil. He just won this last week, he’s the man, and if I’m at home, I’m cheering for Phil,” Haas said. “Everybody is saying, ‘Go Phil, go Phil.’ Keegan has a big fan base. I’m not saying like fans did anything wrong. I was just somewhat under the radar, I guess.”

Though his fans were undoubtedly disappointed, Mickelson nevertheless showed nothing but respect for Haas’s accomplishment.

Haas wasn’t the only player to make headlines over the weekend. Thailand’s Yani Tseng lived up to her No. 1 ranking with a controlled spin during a 100 yard birdie that clenched a one-stroke victory over Ai Miyazato. The 23-year-old Taiwanese star defended her title and earned her 13th LPGA Tour victory.

“It was tough,” Tseng said about her approach on the par-5 18th. “I had 104 to the pin and a little uphill. I know my ball is going to spin a lot, so I just tried to keep it low and not spin too much… I was very proud of myself for hitting that shot into 18 and making birdie to win.”

Though the pressure is definitely on, Tseng works hard to live up to her No. 1 ranking and her 12 worldwide victories last season.

“After last year, I have world No. 1 and I had 12 wins and that pressure is going on and on,” said Tseng. “I kind of drive my team crazy… They keep telling me, “Think you have some pressure, you need to relax yourself.'” Nevertheless, Tseng and her team work together to keep the stress down and the game enjoyable, “We kind of have a team meeting to keep me relaxed and not feeling like I had pressure. So I think my team did a great job and helped me a lot through this week. It was just great. I feel really good about that.”

With the PGA and LPGA Tours heating up, who knows what could be on the horizon for today’s top golfers. Will new legends be created or toppled as the Tour progresses? Only one way to find out, so stay tuned with Scratch! 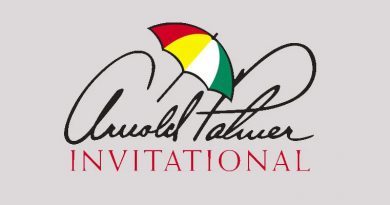