When you think of golf, chances are the image of rolling greens and lush trees come to mind. A nice, quiet, natural oasis for your good walk spoiled is just the ticket for your weekend getaways. Even when you watch golf on ESPN, the crowds are somber, respectful, and quiet for the players so as not to break their concentration. Golf brings to mind a kind of peace and quiet that the world of sports seldom have.

And then there’s the Scottsdale golf Stadium Course of Arizona. This course features a par 3 hole (the 16th hole of the Stadium Course) that is the only fully enclosed hole on the PGA Tour. According to Wikipedia, the grandstands that surround the 16th are home to one of the most enthusiastic crowds on the PGA Tour. “A shot that lands on the green will result in cheers from the crowd, while a shot that misses the green will result in boos.” During the 1997 Phoenix Open, Tiger Woods scored a hole in one on this hole, sending the crowd into a frenzy.

When the former PGA Commissioner Deane Berman dreamt up stadium golf, he envisioned a hole in which the crowd can engulf the entire area – a hole that could make or break a golfer’s round, but not because of the difficulty.

On paper, the 16th hole at the Stadium Course isn’t particularly difficult. A par 3 is small potatoes for most professionals. If you factor in the screaming fraternity brothers from Arizona State (located just down the road from the course), businessmen looking to enjoy a weekend, and casual observers who want to channel their inner Bill Murray (“It’s in the hole!! It’s in the hole!!), suddenly the stakes – and the stresses – are much higher. A lot of professionals don’t like to play the Stadium Course for this very reason. Justin Leonard famously gave the crowds the finger after a less-than-stellar showing at the dread 16th hole. Similarly, Chris DiMarco had a fan who shouted “Noonan!” on his putt kicked out of the tournament. Golf purists similarly think that the NASCAR-esque environment detracts from the sanctity of the sport.

This whole, for better or for worse, undoubtedly adds some excitement and drama to the tournament and adds a new sense of gladiator style judgment to the player when they take to the tee. No wonder the Stadium Course consistently breaks records for attendance – every year they usually have a four day attendance total of over 500,000.

So what say you, Rockheads? Yay or nay on the Stadium Course? Leave your judgment in the comment section! 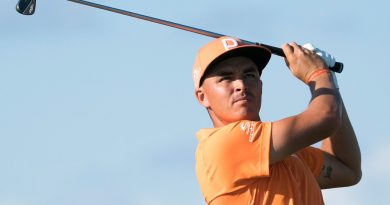 Will The Golfin’ #1 Change After The PGA Championship?

One thought on “The Stadium Course: A New Life or a Sign of Death for Golf?”