With his contract running up, PGA Tour Commissioner Tim Finchem had to decide whether he planned to hang up his cleats or dust ’em off one more time and continue his long march of leadership. “As long as our team here is comfortable with my leadership, then I will most likely be open to staying,” he said. “But those are big ifs.”

As ESPN said in their article on the subject, apparently those “ifs” weren’t all that big after all.

The PGA Tour announced this week that Finchem’s contract – which would have expired at the end of the year – has been renewed for another four years. The new contract will take him through the year 2016 and into his 65th birthday. If he completes this term, he will have held the position for 22 years. This caveman has been around since the Neogene Period but I’ve gotta tell you, 22 years at the same position is a long time!

While Finchem may be only the third commissioner in the tour’s history, the PGA Tour has prospered under his authority. From total purses hovering around $56 during his first year to around $290 million today, it’s clear that the Tour has benefited from Finchem’s unique brand of leadership. Critics argue that much of Finchem’s effectiveness is a product of timing; Tiger Woods came along just a few short years after he took the job. With Woods as a powerhouse player, attracting sponsorships and opportunities to the sport of golf was perhaps easier for Finchem than previous commissioners.

That being said, Finchem didn’t falter during the tough economic turns of recent years. Despite the fees associated with sponsoring golf, Finchem still managed to keep the Tour schedule full of sponsored events. With every title sponsor that leaves, Finchem has always been able to find another to help cover the cost. He even managed to solve the problem of television contract negotiations: “Despite fears that tough television contract negotiations were on tap, Finchem announced this past fall (well before this year’s expiration) that a deal had been renewed through 2021.” Not only did he solve this issue before he knew whether or not his contract would be renewed, but he also ensured that the next commissioner to take over in 2016 is guaranteed an entire term of not having to deal with this concern. You’re a class man, Mr. Finchem.

Thanks to his economic prowess, Finchem has turned the PGA Tour into a billion-dollar-plus business.

That being said, there are some complaints about how Finchem has commanded the Tour. According to ESPN, “He’s been too soft on slow play, unwavering in not announcing player discipline, perhaps too firm with sponsors who were looking to catch a break during a horrible economy.”

Perhaps Steve Flesch, a member of the Player Advisory Council, put it best when he was asked about the difficulties of the Commissioner position: “The bottom line is you’re not going to make everybody happy. What’s good for Tiger Woods isn’t necessarily good for the guy who is 125th on the money list. The gripes that players have are mostly selfish.”

So what are the big tasks and challenges coming up for Finchem in his upcoming term? First off, he has to work to renew the FedEx Cup deal that brings in a whopping $35 million. The contract is expiring in 2012 and it is unclear whether or not it will be extended. Hopefully Finchem’s latest term will also be his greatest.

So how ’bout it, Rockheads? Let’s say you get to play Commissioner for a day. What would you do differently? Leave your ideas in the comment section! 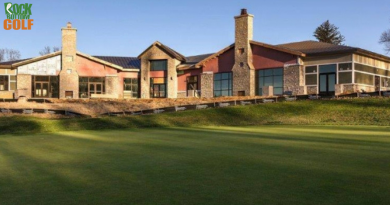 Which Golfin’ Etiquette Faux Pas Do You Feel Are Bannable Offenses?