For all you RockHeads that might have missed it this weekend, something truly spectacular happened in the LPGA. At only 16 years old, Lexi Thompson becomes the youngest winner ever on the LPGA tour; doing so in near perfect fashion, finishing the four round event at seventeen under par.

Lexi Thompson should not be a brand new name to those who follow the LPGA, or golf in general, at age 12 she became the youngest player ever to qualify to play in the U.S. Women’s Open and only a year ago, at 15, she turned professional. However, as such a young age; she could not become an LPGA member until she turned 18. However, with this historic and sparkling victory, she may have positioned herself for full exempt status, helping an LPGA that is in desperate need of some young stars to carry the sport to the next level.

“Now the American-star-starved LPGA may no longer need to hope Michelle Wie gets around to saving women’s golf in the United States.

There’s a new sheriff in town — and this one shoots at the flag.

Thompson strung together rounds of 66-68-67-70. She led by two shots after two rounds and five shots going into Sunday’s final round. She led by seven shots when she made Sunday’s turn and eventually finished five in front of runner-up Tiffany Joh. For the week, she averaged 276 yards driving distance. She hit 63 of 72 greens in regulation.

Although Thompson’s victory will reverberate throughout all of sports, in the inside circle of golf, few will consider the performance shocking. This train has been on the tracks for quite some time.

At age 12, Thompson played in the U.S. Women’s Open, the youngest ever to qualify. Two years later, in 2009, she played in her third U.S. Women’s Open and made her first cut, finishing tied for 34th. Later that year she Monday-qualified for the Navistar, shot an opening-round 65 and finished tied for 27th, 12 strokes behind winner Lorena Ochoa”

But of course, even with historic win, where she shattered the previous record for youngest LPGA Tour win, by an improbable 18 months; young Lexi Thompson might be forced to wait for her LPGA Tour Card. She was granted exemption into Q-School, where, should she advance through ((all signs pointing to YES after she dominated Stage 1)) only then would she be given her LPGA Tour Card. The problem seems to lie in the fact that the LPGA is afraid it would be encouraging youth to quit school just to play golf. That could be a problem, and all RockHeads would agree that school is so important in this day and age, not only for the value of knowledge but to help shape younger generations into well rounded members of society. By making the age restriction for memebers of the LPGA to recieve their tour card; they hope to encourage kids to stay in school; and not just focus on golf.

“With the victory at Navistar, Lexi “will qualify for our CME Group Titleholders season-ending event,” Whan told GolfDigest.com. “Her win does not qualify her for anything else.” He added: “Should Lexi qualify for LPGA membership via her Q School performance, she will be an LPGA member for the 2012 season. Should she qualify, via Q School, no other Petition is required,” meaning she would not have to ask for a further exception to the age rule.

A victory in an LPGA event usually comes with automatic tour membership, but Thompson is being denied that benefit because of her age. There is a chance the Thompson family could still petition Whan for an exception to the age rule — a request he would be hard-pressed to deny. In the past, Whan has said he didn’t want to take any action that could be perceived as encouraging kids to quit school to play golf.”

Some experts say that it may be too early too tell, but indications are startling that Lexi Thompson is the real deal; who knows what the future could hold in store for the young tournament victor; and at only 16 years of age, there is still a lot more golf to come from her! The LPGA might have just discovered the newest rising American Star, and Lexi Thompson; who coincidentally comes from a very gifted golfing family in their own right, could eventually turn out to be LPGA equivalent of a Rory McIlroy; a young gifted golfer with all the potential in the world; but with youthfulness does come mental mistakes and the fact that she still remains somewhat unproven in the golf world.

What do you think RockHeads? Should the PGA and LPGA allow players to obtain their tour cards earlier? Like in Lexi Thompson’s case, where they demonstrate the talent? Or would lowering the age restriciton make for a slippery slope of fewer kids staying in school in favor of chasing the golf dream?

According to sources, Lexi Thompson has withdrawn from Q-School and plans to petition the LPGA so that she may become a full time member.
Thoughts of this new development, RockHeads? 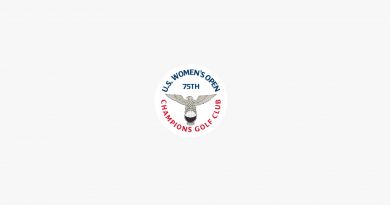 Product of the Week Product Reviews Sweet Deals At The Rock!

Powerful, quiet, and commercial-grade. The professional smart percussive therapy device is in a league of its own. Enter RockBottomGolf’s Theragun