Anyone who watched, or even heard about, last weekends Bridgestone Invitational might have come away with two conclusions, the first being that maybe Tiger Woods could be on his way to restoring his golf game, even though never really in contention after the first day, Tiger can walk away with a few positives from this weekends tournament.

However, the second thing folks might have noticed; although we around golf may have known for a while now, the next wave of great golfers may very well be coming from down under; The Land Down Under that is.  Australia is poised to send a young, incredibly talented wave over the PGA landscape; and if there’s one things Aussies know how to do its how to ride a wave.

Australia is no stranger to great golfers; with such greats as Peter Thompson, with five British Open titles to his name; or Greg “The Great White Shark” Norman, calling Australia home.  David Graham is also a name that deserves mention, a multiple major winner out of Windsor, Australia; Graham won both the U.S Open and the PGA Championship.

With such a rich history of great Australian golfers, its no wonder there is suddenly an Aussie invasion on the tour right now; in fact out of the top 50 of last weekends Bridgestone, five were Australian born, and of those five, three finished in the top eleven.  Of the top ten in world rankings, as of August 7t 2011, two are Australian born.

Lets explore some of the great golfers coming out of Australia right now:

Of course where else can we start, except with the winner of the 2011 Bridgestone Invitational, Adam Scott.  Adam Scott, once ranked as high as third in the world golf rankings; is currently ranked ninth; and with a convincing win at Bridgestone; Scott seems to be on the rise once again.  Since his career took off in 2001; his first full year as a professional, Adam Scott has 18 professional wins, and at only 31 years of age, Scott has many years of great golfing left to rack up more wins, and top 10 finishes.

Jason Day finished tied for 4th at this weekends Bridgestone, and the world took notice.  He may only be 23 years of age but Day is ranked seventh on the world golf rankings! I may be the best golfer this side of the Neolithic era, but Jason Day is establishing himself as one of the premier talents in all of the sport. In 2010, Jason Day became the youngest Australian golfer to win a PGA Tour even, by winning the Byron Nelson, however he wasn’t finished yet, in the same year he gained his first top-10 in a major at the PGA Championship.  Most would be happy with such a phenomenal year at such a young age; however, this year alone, he has tied for second at both the US Open and the Masters; not only breeding excitement for a new crop of young golfers to charge into the sport, but helping to establish Australia as a homeland for talented, consistent golf.

Finishing tied in the top 11 at the Bridgestone, was another Aussie, Aaron Baddeley, a phenomenal talent at 30 years old; Aaron has 7 professional wins, 3 of which came on the PGA Tour.  Baddley is a great all around talent, though most might know him by his supreme putting ability; statistically he has finished in the top ten in putting; five times!  Maybe I could take a lesson or two from Baddley, with my famed putting problems!

A few other “honorable mentions” from the land down under; Geoff Ogilvy has 7 PGA Tour victories including the 2006 U.S. Open; Robert Allenby has 22 professional wins with 4 on the PGA Tour; Richard Green finished tied for fourth at the U.S. Open Championship in 2007, and one time was featured in the top 30 of the world golf rankings.

The United States and England may have a stranglehold on the top 10 world rankings; 6 of the top 10 are either American or English; but with this new influx of talent coming from all over the world, one thing is for certain, this is definitely good for the game of golf to be able to reach so far and so wide.

With the new influx of talent from all over the world; which country do you feel is sending the best talent to the PGA?

Which Golfers Would You Nominate For 2010 Superlatives? 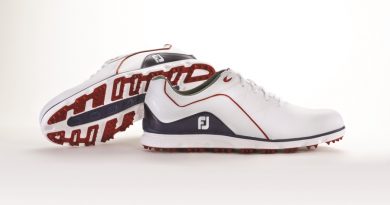 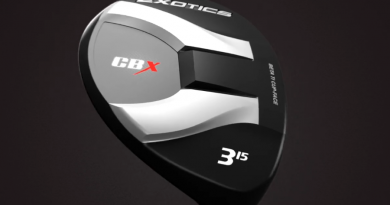