Back in the Golden Age of golf, it was Jack, Arnie or Gary Player. A few decades later Tiger Woods took over and wore the target on his back for the better part of 10 years – he was “the man to beat” on the PGA Tour. Now after a 2010 season that saw a few contenders but no one single player dominate, more than a few fans and pros alike are looking to Martin Kaymer to step up and become the world’s best golfer in 2011.

Perhaps Paul Casey said it best in this interview with the British press:

Kaymer has been slowly building an impressive resume, with 17 professional wins under his belt. Maybe more impressive was his play in the Majors last year: after missing the cut at The Masters, he had Top-10 finishes at the US and British Opens and won the PGA Championship in a three-hole playoff against Bubba Watson.

He’s already off and running in 2011, destroying the field to win by 8 strokes last month in Abu Dhabi. Only time will tell, but for now Martin Kaymer may be the golfer everyone else has to beat to win the big ones this year. 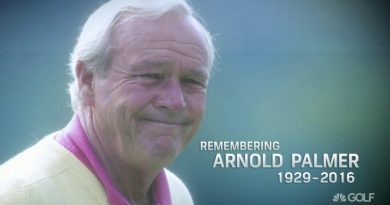