“The Memorial is always mentioned as it feels like a major championship because of the international field and because of how the golf course sets up,” said Tom Sprouse, director of communications for the Memorial Tournament.

It’s held In Dublin Ohio, at the Muirfield (designed by Nicklaus in 1974), which ranked #19 in the top 100 courses of 2009-2010, and #1 in Ohio. This Course is built with spectators in mind! Combine that with 9 of the top 10 PGA Tour money makers who will be giving their all against defending champion Tiger Woods (including World #1 contender Phil Mickelson), and we should be in for a great show!

So who is going to win?

Despite Tiger Woods basically stating that his only goal is to make the cut, The Spread puts Tiger Woods (4/1) over Phil Mickelson (5/1), and Steve Stricker (15/1).

What do you think Rockheads? Will Tiger make the cut? Who will be the new reigning Memorial champion?

Does Golf Have A Gambling Problem? 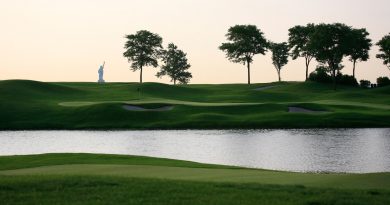 What to Expect at the 2017 President’s Cup