The 19th week of Caveman Golf Trivia has come to a close. Thank you all for playing! This Caveman has officially asked almost 500 trivia questions. Maybe I should Write a book! For those Rock Heads who are scorin’ at home, here are all the questions and their answers:

Anyone who attends the flagstick is considered to be a caddie. True or False?
False

The player may have only one caddie at any one time; the penalty is disqualification.
True

What is the ruling for a player who takes relief from an out of bounds fence under the obstruction
Rule and plays the ball?
2 stroke penalty

In stroke-play the player must put an identification mark on his ball; if he fails to do so, he incurs a two-stroke penalty.
False

Through the green, a ball lifted to determine if it is unfit for play may be cleaned, True or False?
False

Loose impediments are natural objects such as stones, leaves, twigs and branches, True or False?
True

In match play, a player removes a movable obstruction affecting the line of play of his opponent. It was the opponent’s turn to play and he asked the player not to remove it. What is the ruling?
The player is DQ’ed

A ball incorrectly dropped in a wrong place but not played may be lifted without penalty and dropped in accordance with the Rules. True or False?
True

Tom Watson is about to play his final US Open, How old is he?
60

How many Majors has Tom Watson won?
8

How many Vardon Trophy’s did Tom Watson recieve?
3

What was Tom Watsons rookie year on the PGA Tour?
1971

How many times was Tom Watson the PGA Player of the year?
6

When was the Crowne Plaza Invitational first played?
1946

Who has won the Colonial National Invitational the most times?
Ben Hogan with 5

What color is the Jacket worn by Crowne Plaza champions?
Plaid

True or false; Annika Sörenstam’s appearance at the 2003 Crowne was the first woman to play in a PGA event since Babe Zaharias?
True

How many Proffessional wins does John Daly have?
19

How many PGA Tour wins does John Daly have?
5

How many Majors has John Daly won?
2

What year was John Daly the PGA Rookie of the year?
1991

What year was John Daly the PGA comeback player of the year?
2004

Congrats to Brianmac123(twitter) and Eric Lawson(Facebook) for winning the trivia contests this week. Remember you get 5 points for having the first correct answer, but can also gain points just by having the correct answer! Weekly winners receive $10 gift certificates to RockBottomGolf.com. Justin Satkowski was the high scorer on my golfin’ game 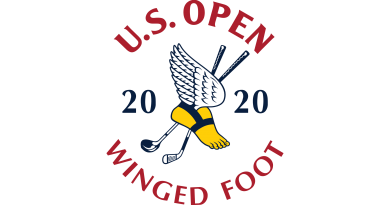 Gettin’ Back in the Swing of Things After an Injury

Naturally Gifted Athletes Who Are Just Plain Bad At Golf