Just 3 years after he gave professional dancing a shot, Jerry Rice joined the list of pro athletes who thought they had what it takes to become a golfin’ great. His career as a Nationwide Tour Pro was short and brutal. He missed the cut at his first tournament, shooting an 83 and a 76.

The hall-of-famer didn’t give up hope and decided to give the BMW Charity Pro-Am a go. Round 1, Rice set another record: Highest score shot at the tournament, EVER. Probably not a record he was aiming for. If that wasn’t bad enough, a day later he was DQed for the use of a yardage measuring device. That is how Jerry Rice’s golfin’ dream died.

Perhaps its an over inflated ego that makes some pro athletes think that they can pick up the game in their late 20’s and contend with the golfers who have devoted their entire life to the game. There are, however, some Pro Athletes who can hold their own on the fairway.

The Rest of the list can be found here, but I will warn you, its mostly hockey players! Maybe we can find a real life Happy Gilmore!

Do you know any other pro athletes who have tried to take on the greatest game ever played? Who do you think was the worst or Best?

P.S. Tony Romo had a chance to qualify for the Byron Nelson this weekend, but gave it up to go to football practice! Do you think He made the right choice?

How To Catch A Cheat! 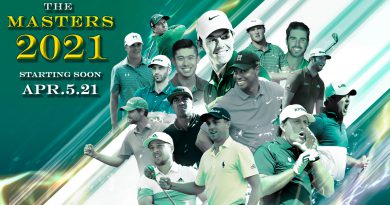 Tee It Up Preview-WGC Mexico Championship

One thought on “Can Former Pro Athletes Make Good Golfers?”