The 17th week of Caveman Golf Trivia has come to a close. Thank you all for playing! For those Rock Heads who are scorin’ at home, here are all the questions and their answers:

Who has made the most Players Championship cuts?
Tom Kite

Which golfer has the most Players Championship starts?
Jay Haas

Who was the oldest winner of the Players Championship?
Fred Funk

Who was the oldest to make the cut at the Players Championship?
Julius Boros

Who has the lowest total score at the Players Championship?
Greg Norman

How many David Leadbetter Golf Academies are there worldwide today?
30

In 2008, John Daly’s swing coach quit, famously saying, “the most important thing in [Daly’s] life is getting drunk.” Who was that swing coach?
Butch Harmon

Swing teachers Andy Plummer and Mike Bennett may be best known for developing a new swing technique known as what?
Stack & Tilt

When was the first Texas Open held?
1940

How many times in the history of the Texas Open has a non US golfer won?
7

Which two golfers hold the record for most Texas Open Wins?
Arnold Palmer and Justin Leonard

How many golfers have won the Texas Open more than once?
8

Which 2 golfers have both spent 8 years on the top of the PGA Tours money List?
Tiger Woods and Jack Nicklaus

Which two golfers have the record 4 consecutive years on top of the PGA Tours money list?
Tom Watson and Tiger Woods

Which Golfer holds the PGA record for most years in the top 10 on the money list?
Jack Nicklaus

What is the PGA record for fewest putts over 9 holes?
6 putts by Stan Utley

Who is the youngest person to have made a cut at a PGA event?
Bob Panasik at 15 yrs 8 months and 20 days

In the past decade who are the only two golfers to have an end of the year #1 World Ranking?
Tigar Woods and Vijay Singh

Where were the World Golf Rankings Published from 1968-1985?
World of Prof Golf Annual

The first official Publishing of the World Golf Ranking Was right before the ’86 Masters. Who was ranked #1?
Bernard Langer

When was the official World Golf ranking switched from total points to average points earned?
1989

Congrats to Doug_stanley (twitter) and Javonn Bradley(Facebook) for winning the trivia contests this week. Remember you get 5 points for having the first correct answer, but can also gain points just by having the correct answer! Weekly winners receive $10 gift certificates to RockBottomGolf.com.

Tee It Up Recap-WGC Mexico Championship 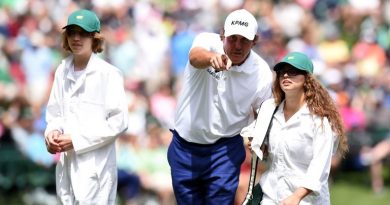 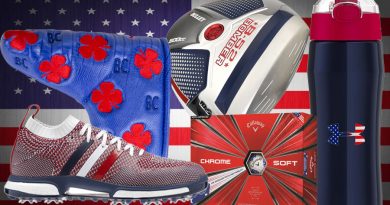