The first PGA Tour tourney of 2010 is in the books! Hopefully you got to watch some of the action from the Plantation course in Maui because despite (or more accurately, because of) Tiger’s absence there was plenty for golf fans to see!

Check out the GolfDigest.com Week in Golf Slideshow for some great shots.

At the end of the day Geoff Ogilvy walked away with the trophy after becoming only the 7th player to notch back-to-back victories here. He failed to crack the top ten in 2006 or 2007. Lucas Glover got out of the gate strong and led through 54 holes but posted a final round 76 and ended at T14.

Sean O’Hair played well and finished 4th, but had the dubious distinction of topping the list of total distance of putts made with more than 364 feet. Despite some shaky short-iron play it took an out-of-bounds double-bogey on No. 18 to remove him from contention. See the Full Leaderboard at PGATour.com

PS: No rest for the wicked as the PGA Tour stays in Hawaii for this week’s Sony Open in Honolulu. You’ll want to watch if only to catch Vijay Singh returning to the Tour for the first time since his November knee surgery. He won the event back in 2005.

Does Anyone Care About The World Golf Rankings? 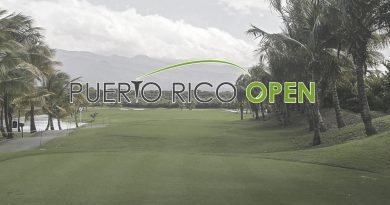