Here’s an interesting piece of news that came into The Cave recently: A new study by the NCAA, which oversees college sports in the US, “found that male college golfers are far more likely to [gamble] than other athletes.”

The numbers show as many as 20% of Division I mens golfers make a wager at least once a month, up from 14% when they ran the same study in 2004. And while less than 2% of the red tee set were once-a-month gamblers, that still put womens golfers at the top of the ladies’ list.

I should point out that the study didn’t distinguish between types of wagers, only asking how many times each individual respondent had placed a bet. And since golf & gambling go so well together, I’d like to think most of the golfers polled here were just being honest about that $2 Nassau they had last week instead of some serious stroke-shaving scheme or something.

No need to worry about the USGA who have adopted a policy that allows some wagering to take place, so long as the bets are optional and secondary to the game itself – no hustling. But amateur golfers DO need to be careful when it comes to collecting cash prizes in general-public tourneys or club championships: “Golfers participating in such events without first irrevocably waiving their right to cash prizes are deemed by the USGA to be playing for prize money, and therefore are professional golfers and cannot be considered amateur.”

So what’s the bottom line? Golfers of every age and skill level sometimes like to put a little money on their game, even college players. But as long things stay friendly and it doesn’t interfere with the round, I don’t think we’ll see a sports book scandal in golf anytime soon.

PS: How often do you gamble on the golf course? Any big wins – or losses – you’d care to share?

BONUS: If you’re lookin’ to make your next round more interesting, check out this list of about a hundred formats you can use to get out of the stroke play rut! 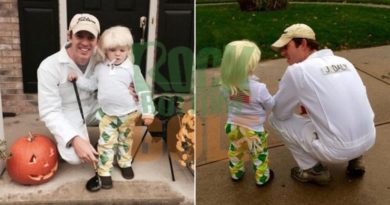 What Happened At The Players Championship?

Which is worse, cheating or lying about your score?

One thought on “Does Golf Have A Gambling Problem?”