Pick up any American newspaper’s Sports section from the last 100 years or so, turn to the last page and chances are you’ll see the same thing as you will in tonight’s paper: box scores. Invented by Henry Chadwick in the 1870’s for baseball, the box score provides a statistical summary of individual and team performance that allows fans to reconstruct the action and see what kind of numbers their favorite players put up. All the major spectator sports in America have their own version. Except golf.

Despite keeping detailed records of every shot by every player in a PGA Tour event, golf fans are left with only one number to look at – score. But that only tells you WHO won, not HOW he won.

But that might change sooon. Here’s what writer Mark Sweeney proposed in this recent article in the New York Times:

What I really want to know about a players performance is how many birdies he made when playing regulation golf, and how many mistakes he made. So you could summarize a round accurately with just the following measures: score, strokes under par, greens in regulation, putting efficiency and errors.

Because golf is a game in which you can add and subtract from your score, we want to see a players total offense, so strokes under par is how many strokes he gained from making birdies and eagles. Putting efficiency is a players ability to one-putt on the green. If he hits the green in regulation, a one-putt leads to birdie; if he misses the green, a one-putt is the best he can do and will lead to par if no errors are committed. And unlike putts/G.I.R. and putts per round, this measure can be uncoupled from how many greens the player hits in regulation. Eighteen putts would be 100 percent efficiency and 36 putts would be 0 percent efficiency. Finally, the errors category encompasses all the major mistakes that lead to high scores.

They say a picture’s worth a thousand words, so let’s see that in action… check out this sample box score from the PGA Championship and you’ll see how clearly it tells the tale of that final round, as well as showing how Y.E. Yang’s solid second and third rounds set the stage for his victory. 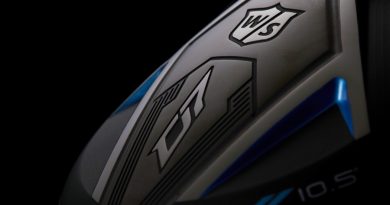 Gettin’ Your Kids Into Golf!

One thought on “Building A Better Box Score For Golf”